To attend the breakfast meeting, meet someone of our team or get more information on our products, please send us an email.

As an answer to the traffic growth and Internet equipment saturation, a new Internet infrastructure becomes necessary. Based on people solidarity, the Participatory Internet is an innovative solution that copes with infrastructure overload.

Green PI, the Participatory Internet developed by Green Communications comes out for the first time in a shopping street during a city fair. Green PI is deployed thanks to the voluntary participation of merchants.

They provide visitors with Wi-Fi hotspots by simply displaying an Indoor YOI in the front window of their stores. In return, they get their own information emphasized with local content hosted directly inside the Indoor YOI.

The operation organized in concert with Orange, the City of Meaux and Green Communications takes place during “Meaux et Merveilles” fest from December 4, 2015 to January 5, 2016.

Green Communications is strongly engaged in optimizing Internet’s resources to face its exponential growth. Therefore, the company proposes to shorten the path crossed by the information by moving Internet Intelligence to the edge of the network instead of centralizing it into datacenters.

The article “In order to make it cleaner, should we decentralize the Internet?” by Rue89. 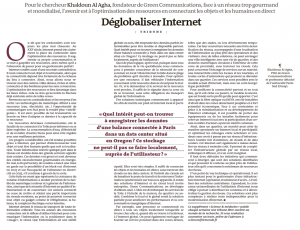 Green Communications is one of the top startups selected for the 100 Pitching Competition taking place during SLUSH Conference on November 11 to 12 at Helsinki. Come and meet us at the pitch stage at 9:30 am on Wednesday or at booth #15 from 4 to 6 pm on November 11 and 12 am to 2 pm on November 12.

Slush is the focal point for entrepreneurs and tech talent to meet with top-tier international investors, executives and media. Find out more about the event here: http://www.slush.org/ 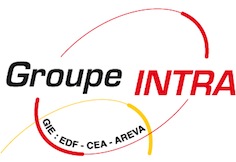 The Group of Robotics INTervention on Accidents (INTRA) simulated the fast deployment of a fleet of robotics machines on the field of a nuclear accident and used Green PI technology to forward real time videos and restore quickly communications on the field.

Find here a short video about the Group INTRA deployment.

If you want to know more about Green PI products, please contact us.

Come to visit us at the booth 17 on June 30 during the European Conference on Networks and Communications. “5G, Shaping the Vision” will be the conference motto this year, 5G being the platform supporting the digitisation of our economic.Find out more about the event on this linkIf you want to book an appointment, please contact us please contact us.

Green Communications will exhibit the Green PI technology at the Connected Conference on May 28th at Carreau du Temple in Paris. Come visit us at the Sartup Village powered by Orange.Connected Conference is a 3-Day Event dedicated to the intersection of Hardware & Internet. Green PI is a wearable wireless network that answers connectivity challenges of network densification, mobility and sustainability. Find out more about the event on this website http://connectedconference.co/For more information on our product or meet with an expert, please contact us. 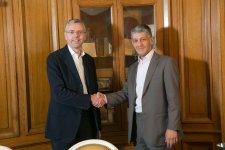 As part of the global initiative of large corporation to engage with startups, Alcatel-Lucent encountered eight innovative SMEs from the Telecom industry during a meeting organized by the Systematic Competitive Cluster. The meeting aims to create the opportunity to debate on synergies and opportunities between Michel Combes, CEO of Alcatel-Lucent, and the SMEs. Green Communications was one of the eight startups selected to attend this event.

More information by following this link

Green Communications demonstrates the quality of its Green PI technology and Qolyester routing algorithm by achieving a videoconference over 10 network Wi-Fi hops. By partnering with the leading energy player EDF, we were able to test the rapid deployment of an instant communication network: Ten GreenBox (access points) were deployed and connected instantaneously using our advanced Device-to-Device technology, creating a Wi-Fi network without the need of either a preliminary audit or previous infrastructure. Within minutes, two people located at either end of the network were able to exchange calls and videoconference over the 10 Wi-Fi hops. The Qolyester’s Handoff functionality allowed them to move along the network without interruption. It is the first time a real time video is operated over a high number of Wi-Fi hops validating our routing algorithm for large-scale deployment and for mobility purpose.For more information on Green PI technology, please contact us. 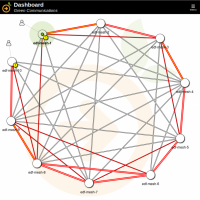 We are pleased to announce our participation at the Osons la France forum as one of the two most promising companies selected by Alcatel-Lucent. We are going to expose the Wearable YOI (My Own Internet) product for Smart Citizens, a local and wearable Internet you can carry with you and share. The Osons la France forum aims to promote innovative companies that represent the future of our country.

If you want to know more about us and the M.O.I product, come to visit us at the 200Batisseurs booth or contact our team.