More information on the event by following the link: https://vivatechnology.com/ 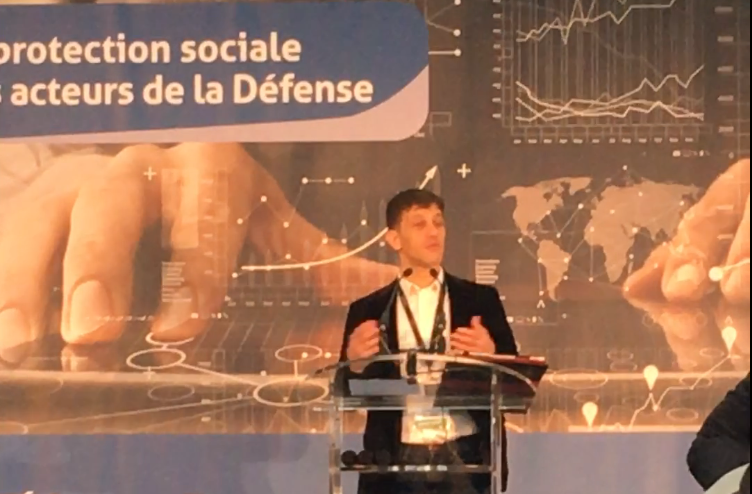 Green Communications’ Swarm of Connected Drones solution won the second price over 61 applicants for its innovative character and for its interest in the eye of RAID, GIGN, BRI and Special Operations Forces during SOFINS 2017.

For more information on our drone solution, please contact us or visit our Internet of Things webpage. 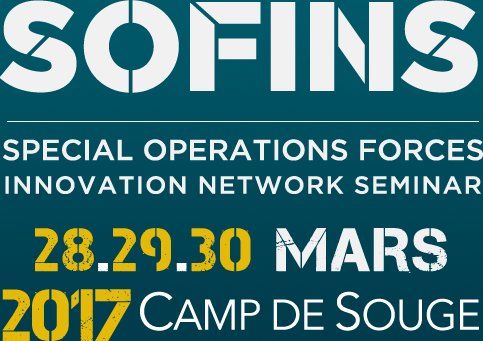 Green Communications was selected to present its Swarm of Green PI Connected Drones solution at the Special Operations Forces Innovation Network Seminar (SOFINS) that will take place on March 28-30, 2017 in Bordeaux. Come and meet us at Cercle de l’Arbalète’s booth.

To register for this event, follow the link: http://www.sofins.fr/19/comment-sinscrire

Green Communications was selected to participate at the National Competition of Outdoor Robotics that will take place at Le Bourget on March 7, 2017. We will demo a Swarm of Green PI Connected Drones for augmented aerial surveillance.

Come and meet us at our booth on March 7 to discover our drone solution.

To register for this event, please follow the link: http://concours-robotique.fr/fr/inscription/ 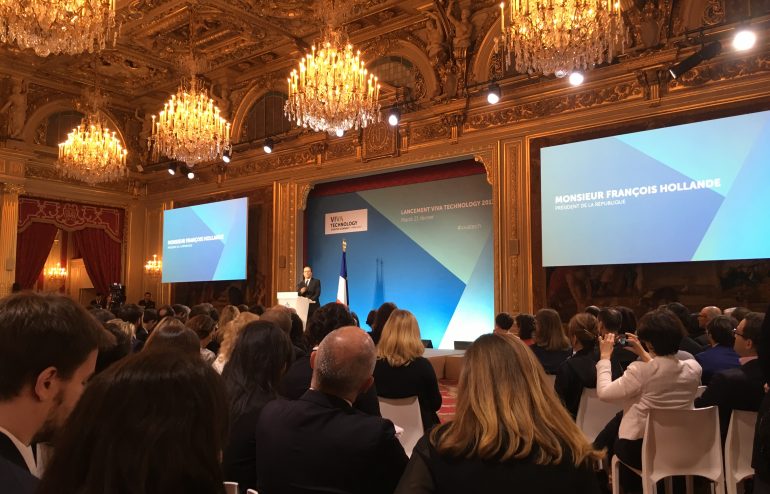 Pauline Loygue, CMO of Green Communications, participated to the launching ceremony of Viva Technology 2017 at the Elysée Palace.

VivaTech brings innovators together in a unique worldwide event to grow their business and shape the future. More information on Viva Technology show, 15-17 June, 2017 by following the link.

As part of an IoT (Internet of Things) project, Engie chooses Green PI, an easy to deploy while affordable Internet infrastructure, to bring wireless Internet and to connect sensors in rural areas.

The experiment took place in a village of north-central France. Green PI’s low power routers (YOI) were installed on house’s facades to extend the Internet coverage of the town hall to the main street. YOI connected automatically with each other using an advanced wireless Device-to-Device technology removing expensive network cabling. Green PI’s patented routing software then ensured the transfer of videos, calls, and data over multiple hops (up to 30!). Citizens could connect to Internet using Wi-Fi and 3G and walk down the street without being disconnected thanks to Green PI’s handoff. Engie also used Green PI infrastructure as backhaul for its energy management sensor network.

Thanks to its cable free and self-configuring properties, Green PI reduces up to 10 times the cost of wireless Internet infrastructure, facilitating the digitalization of rural areas as well as emerging countries and of any other white spots such as trains, planes, ships, etc.

For more information, please read our Use Case or contact us.

Green Communications is strongly engaged in the development of new networking solutions to answer connectivity challenges of Internet saturation and sustainability.  Therefore and following 5G requirements that advocate densification as the solution to increase the capacity of Internet and to reduce its carbon impact, Green Communications created Green PI, a robust, energy efficient while affordable densification solution for Wi-Fi, 3G, 4G, LTE and beyond networks.

For more information on the MWC2017, follow the link.

To meet with us during the congress, please send us an email. 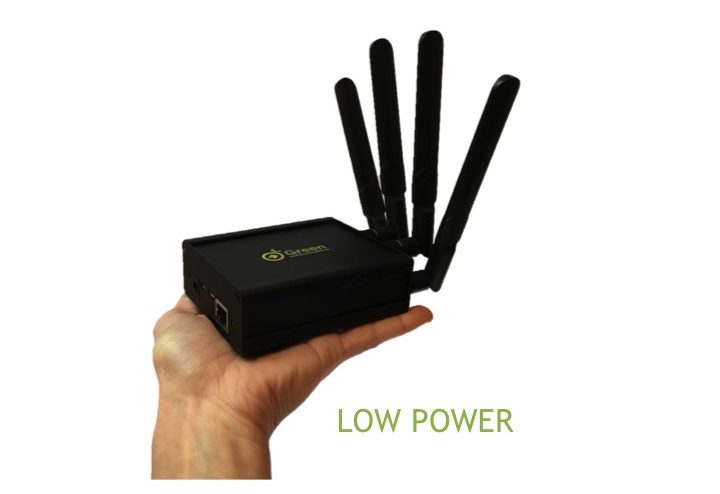 Yore, you Brought Your Own Device (BYOD). Now, you Generate Your Own Internet (GnYOI) with Green Communications’ new tiny and low power routers (YOI).

YOI Low Power are the first embedded routers to feature a max of 5W energy consumption for broadband Device-2-Device networking. A network of YOI Low Power set on stand-alone power system (battery or solar panel) offers an autonomous and cable-free wireless Internet infrastructure. Handheld and weatherproof (IP67) YOI devices are easy to deploy in case of emergency and can be embedded into drones, robots and people to connect them with a moving & self-configured wireless network.

Find out more about new YOI Low Power products by following the link.

Green Communications showcases its Green PI product for connected drones at SAFRAN Group booth during the Hello Tomorrow show on October 13, 2016 in Paris.

Groups of drones organized in swarms achieve more sophisticated missions than a single drone. They offer an Internet Infrastructure up in the air and realize collaborative tasks. Drones swarm is made possible thanks to our unique embedded system for IoT called Green PI. It consists of tinny and low power routers. Once embedded onto drones, Green PI connects them with a robust, high bandwidth and self-organized device-to-device network transferring real time videos and data.

For more information about the Hello Tomorrow Show, follow the link.If you want to meet with a member of our team, please, contact-us.